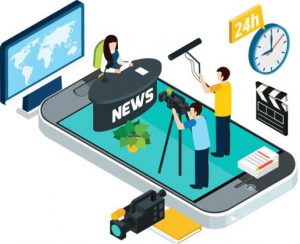 The media and government share an intimate relationship in many ways, though they are also constantly in conflict especially in developing democracies where free press and freedom of speech/expression is not 100 percent in practice, and where media control is still very prevalent.

Unequivocally, the media play a key role towards development. Through the media, we see a reflection of the daily events and happenings that affect our lives and shape our society. All around the world, the media play varying roles depending on political systems and the state of development of the country, but ultimately, as in a number of developing countries like in Nigeria, the media perform the role described as “agent of development”, expected to work hand in glove with government to build the nation and advance economic growth by creating confidence in markets through the dissemination of accurate information that form key foundations for local and foreign investment. In fact, ideally, the relationship with government and the (free) media should, at its best, be symbiotic, where governments rely on the media to communicate with citizens and stakeholders around the world, and inform citizens on actions and policies that affect them and in turn providing the government feedbacks from the citizens; while the media access and assess this information and push a narrative that ensures that a nation’s identity is always evolving towards the positive light.

The discourse of whether the media and government are friends or foes has been in the public domain for a while now. Over the years, the long-drawn debate has been to ascertain the relationship between the media and government, and how this relationship affects development and good governance in Nigeria and Africa. This conversation, as expected, has always been tied around the ownership, operations, and political regulations or control of the media but also how the media report government activities and the key functions of the media.

Clearly, ownership and control are important factors that direct the relationship or conflict between the media and government. In a country like Nigeria where corruption has eaten deep into the fabric of the nation and bad governance is becoming the norm, we see instances where the government perceives the media as a threat and so tries everything possible to stifle the efforts of the media, or control the media to tilt stories towards a direction that favours the government. Corroborating this, this article by Freedom House titled Media Freedom: A Downward Spiral observed that “elected leaders in many democracies, who should be press freedom’s staunchest defenders, have made explicit attempts to silence critical media voices and strengthen outlets that serve up favorable coverage”. We see a situation where the media becomes partisan instead of responsible to the needs of the citizens. This has raised distrust for the media among the public, and has raised doubt as to whether the media works to support and cover government ills instead of expose it.

Of course, these are evident downsides of government control of media, but also of private ownership of media. The possibility of owning and operating media channels has given many politicians the leverage to use the media for their political gains and antics. Politicians who belong to a particular political party and who own a media outlet, use the media to attack the opposition party and in doing this, spread lies and raise false alarm that do not serve the public well. These go to show how press freedom continuously progresses to become only a concept in theory as Freedom House’s Freedom in the World 2018 data also points that media freedom has been deteriorating around the world over the past decade, with new forms of repression taking hold in open societies and authoritarian states alike.

A BBC publication on the UK’s Survey of Policy Opinion on Governance and the Media also observed that “there seems to be increasing recognition of the media’s role in governance in the development of community”. Indeed there is, and good governance and development are two sides of the same coin. So while the roles of the media can advance good governance, it also fosters development. For example, according to the Asia-Pacific Institute for Broadcasting Development, the works of the media forces policy-makers to be more prudent about their decisions and activities that affect the livelihood of the people and the development of the society. The tenets of good governance are in fact, drivers of development. Governance is truly good when it focuses on the capability of the state to perform the key functions in response to the needs of its citizens, and to be accountable for what it does. All these have also become central to establishing sustainable development.

So ultimately, for the media and government to build a relationship that serves the attainment of good governance and development of the nation, the government must allow for absolute freedom of the media to play its role without government or partisan interference; and the media must also focus its work on performing its intrinsic watchdog, gatekeeping and agenda-setting functions, as well its obligation of providing the public with accurate, factual, fair, balance and unbiased information. But to answer the question of whether the media and government are allies of foes: they cannot be permanent friends but loyal opponents.

This article was written by Hillary Nwoziri