In my previous article, I pointed out that nations of the world including Nigeria will continue to ignore the role of women in economic development to their own detriment. Women make up a huge percentage of Nigeria’s population and therefore it is sacrosanct they be engaged productively for the country to attain the level of development it seeks. According to this article by PricewaterhouseCoopers (PwC) titled “The Impact of Women on Nigeria’s Economy”, the entrepreneurial spirit of women is strong. The article also went ahead to reveal that women account for 41% ownership of micro-businesses in Nigeria with 23 million female entrepreneurs operating within this segment. Despite this, a lot of limitations still confront many women as a report by Council on Foreign Relations (CFR’s) Women and Foreign Policy program reveals that Nigeria’s economy rather than enabling women to contribute to the economy, still has several laws that make it harder for women to work than men. 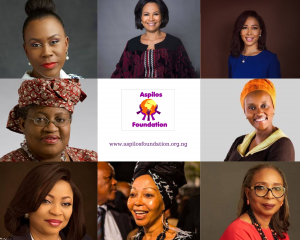 This article evaluates women’s contribution to economic sustainability both in Nigeria and in other parts of the world, highlighting the impacts made by a few women:

These women and many others like them have succeeded in creating jobs, providing services, paying taxes, and thereby adding to the GDP of their country. Imagine the level of economic growth and independence that will be achieved when greater access and opportunities are given to all women in Nigeria, no matter their location. According to the CFR Women and Foreign Policy Program’s new digital report, Growing Economies Through Gender Parity, which visualizes data from the McKinsey Global Institute, Nigeria’s gross domestic product (GDP) could grow by 23 percent—or $229 billion—by 2025 if women participated in the economy to the same extent as men. In corroboration, the International Monetary Fund (IMF) asserts that strengthening gender equality in Nigeria could be an economic game-changer, leading to higher productivity and greater economic stability. These cannot be emphasized enough.

Nigeria’s economy will do far better than it is doing now when all women are allowed the opportunity to contribute to the economy. The contribution of the women highlighted in this article to economic sustainability is a testament to their involvement in various sectors of the economy. More opportunities must therefore be created for women to be involved in all sectors of the economy to the same extent as men, and the earlier this is achieved, the better for the country.

This article was written by Ogechi Ekejiuba