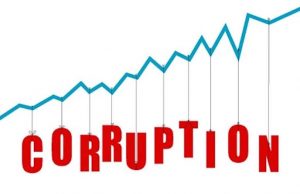 How does the body function when the head is sick? Amiss, erroneously, faultily, without progress, as the head represents ‘Leadership’ that governs the whole affairs of the body. Likewise, the leaders of a country are obliged to govern their citizens aright. However, what should be a pleasurable act of service is a cankerworm that has eaten deep into the fabric of this nation, Nigeria. Poor governance has become the norm; good corruption is now the disease of our so-called leaders.

Transparency International (TI) in its Corruption Perception Index (CPI) 2019 ranked Nigeria in 146th position out of 180 countries as against the 148th position and 144th position ranked in 2017 and 2018 respectively. Bribery has become a major corrupt practice in the public service: bribes to public officials are an embodiment of corruption that threatens democracy, strong independent institutions, civil rights and the economy. In 2018 alone, the estimated value of bribes paid to public officials by Nigerians was estimated at 400 billion Nigerian Naira (about $1 billion) and within a year, at least 82 million bribes were reportedly paid to public officials in Nigeria. The negative implication of corruption on the Nigerian economy is huge. Public servants divert and embezzle funds allocated for developmental projects, with this corruptive behavior further threatening the development of Nigeria, its educational and health services and preventing its rising population from escaping poverty and unemployment.

The effect of corruption in Nigeria continues to tell severely in the state of the country. According to Akinola Adeoye in his research study which you can find here, the “petroleum-rich” Nigerian state, confronted by sociopolitical instability, high degree of corruption, mass hostility to the “public,” and poor macroeconomic management, continue to display the attributes of a state in crisis. In Cycle of Bad Governance and Corruption: The Rise of Boko Haram in Nigeria, Mohammed and Mohd observed that bad governance and corruption particularly in the Northern part of Nigeria have been responsible for the persistent rise in the activities of “Boko Haram”. The study also noted how poor governance in the country has created a vicious cycle of corruption, poverty, and unemployment, ultimately leading to violence.

This chain of corruption is evident from the arrests of numerous top state and federal government officials for diverting wealth derived from crude oil revenue. State governors and ministers have been arrested; some were convicted whereas others are being prosecuted in court for diverting, mismanaging, or outright theft of the wealth intended for projects to aid the people. Then we see citizens engage in criminal activities with the justification of taking a bite from the national cake – what a bad leadership that has been portrayed to them! 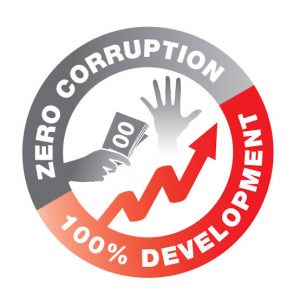 How might we solve this challenge of ours? As far back as 1997, the World Bank observed that successive governments in Nigeria, like in many African states, lack the political will to initiate or sustain policy or structural transformation, or to embark on sound economic reform to reposition the state for greatness. This observation among others are documented in this publication. Part of the ways to resolve this and change the narrative, deducing from World Bank’s observation, is that Nigeria needs to begin to enforce sustainable policies and reformative programs to restore the good that the cankerworm of corruption has eaten away.

Although millions of dollars have been invested into the fight against corruption in Nigeria by government and international organizations, a lot still needs to be done. Fighting corruption in Nigeria requires the contribution of all and sundry, especially those mostly affected – the citizens. And that’s why the work that civil society organizations do is extremely important in our country. Actions need to be taken more aggressively to hold government accountable and ensure that the custodians of public funds are brought to book for any act of misappropriation.

These strategies and/or approaches must be effected across all levels of governance starting with individuals up to the national level. This should reflect in the way that you lead yourself as an individual, and how you lead the small group of people under you. This is not only a change for politically elected leaders, but a call to action for a collective effort from all concerned citizens, because Change Begins with Me is not just a phrase but a pledge.

This article was written by Adedamola Adeyemo

1 thought on “Poor Governance, Good Corruption: A critical look at the Nigerian Government ”