On August 14, 2020, the Nigerian National Statistical Agency i.e. the National Bureau of Statistics released the unemployment figures for Q2 2020. One of the things that the report shows is how unfavorable the labour market is to women. 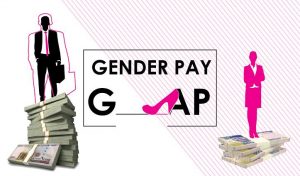 The first thing I’ll be exploring here is why we have women forming the larger proportion of the working age population (51.6%) but a smaller proportion (48.1%) of the labour force. This is caused by a myriad of reasons which include, but are not limited to, the following:

Now we explore the actual unemployment rate. This shows us that as of Q2 2020, even though women are willing and very able to work, 31.6% of them still do not get jobs compared to 22.9% of men. If we look at the combined rate, 62.6% of women are much more likely to be unemployed or underemployed than 49.3% of men. This is simply saying that for every 2 women that are in full employment, we have a corresponding 3 women that are either unemployed or underemployed.

To take this further, not only are women employed less, they’re paid less! A 2009 UNDP report revealed that Nigeria’s gender pay gap was one of the highest in the world. This report shows a mean annual pay difference of N125,333,333 between men and women. Why do women get paid less? 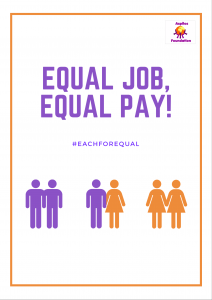 According to the ILO “The data is clear: women want to be in paid employment, but a persistent set of socio-economic barriers keep them out of the workforce. Identifying and quantifying these barriers allows us to develop smarter policy responses for eliminating them.” I couldn’t have said this better.

We need to do work on the following to ensure women participate more in the labour force and that the gender pay gap is reduced:

Closing the gender gap in the labour force is not just good for women, but for the global economy as a whole. Nigeria’s GDP can increase by 23% which is $229 billion by 2025 if women participated in the economy to the same extent as men.

This article was written by Simi Olusola