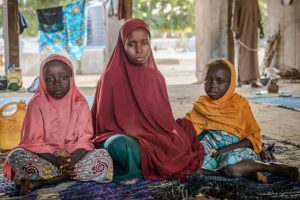 Nigeria, according to the United Nations population statistics, is one of seven countries that are home to nearly half the world’s population. Financial inclusion is on the rise in Nigeria but penetration in its poverty-stricken rural areas is still very limited.

It would appear paradoxical that despite the nation’s immense natural, human and material resources, poverty still significantly looms high in many parts of the country. In 2016 alone, according to the World Bank, 52 percent of the rural population lived below the poverty line in comparison with the poverty rate in the urban areas which remained stable at 16 percent between 2011 and 2016. Also, an estimated 64 percent of all poor people live in rural areas. 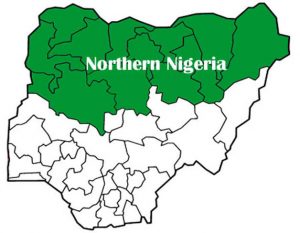 Studies have shown that one of the main issues in development debates is how to tackle rural poverty. For over four (4) decades in Nigeria, all attempts to put the rural areas on course of development have failed. Conditions have continued to worsen and poverty has become a major issue in the rural northern areas in spite of their potentials. Therefore, one of the major concerns to governance experts, governments, multilateral institutions and policy makers with respect to how to tackle rural poverty has been to identify appropriate and effective strategies for poverty alleviation in the country, and especially in the rural northern Nigeria which accounts for 87 percent of poor Nigerians as stated in a 2019 World Bank report titled “Advancing Social Protection in a Dynamic Nigeria”.

Cited in this paper, Chinsman asserts that rural communities are seriously marginalized in terms of most basic elements of development. In addition, the inhabitants tend to live at the margin of existence and opportunities. Most rural communities in Northern Nigeria lack potable water, electricity, health care, educational and recreational facilities and motorable roads. They experience high population growth rates; high infant and maternal mortality, low life expectancy and a peasant population that lacks modern equipment that can guarantee sustainable exploitation of the natural resources on which they live. This confirms that the “rural north” are the worst hit by poverty in Nigeria. To date, the issue of poverty reduction in Nigeria remains a work in progress. 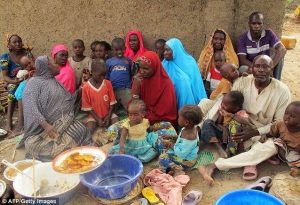 Nevertheless, since poverty remains a development issue, it has continued to capture the attention of both national governments and international development agencies for several decades. Indeed, since the mid–1980s, reducing poverty has become a major policy concern for governments and donor agencies in all poverty-stricken countries, Nigeria inclusive. But no matter what the arguments might be, at the root cause of poverty lies the deprivation of people’s access to income and employment, basic necessities such as food, healthcare and sanitation, education and assets.

The Nigerian government still has a lot of work to do in restructuring communities in the north but also everywhere else in order that the work towards poverty reduction and alleviation can make significant impact. Proffering solutions, the World Economic Forum in this article by Muhammad Sani Abdullahi suggests these three ways below to achieving the first of the Sustainable Development Goals (SDGs) – to end poverty.

These suggestions summarize as follows: For Nigeria to make progress in tackling its poverty epidemic, it must increase its investment in education. It is no longer news that more girls (especially in the north) are out of school than boys, as a matter of fact, about half of the estimated 10 million unschooled children. And indicators, for instance from the 2018 Global Multidimensional Poverty Index (MPI) show that lack of education is an undoubted poverty cause in these rural areas. The index also shows that educating girls has proven to have both economic returns and intergenerational impact.

Health, they say, is wealth; and a nation with a heathy population equals a nation with a flourishing economy. Nigeria has been projected to have a life expectancy of 54 years for reasons including poor living conditions, poor hygiene and environmental conditions as well as an epileptic healthcare system. These have a sweeping impact on productivity, and attention given to resolve them will equally have a positive impact on productivity. Therefore, increased investment in healthcare will result in economic growth and reduced poverty.

Finally, ending poverty in Nigeria will entail improving the country’s economic productivity and opportunities for its citizens. This means creating employment opportunities for women and youths, increasing financial access such as access to credits and loans especially for rural dwellers and SMEs, boosting entrepreneurial ecosystems, investing in human capital development, advancing technological innovation, among others. Doing these will transform rural communities in the northern Nigeria and elsewhere, and change the poverty status quo.

This article was written by Hauwa Mohammed