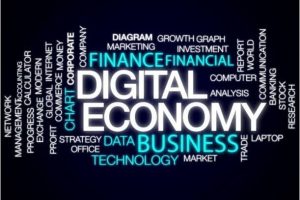 The world has increasingly become a global village – a term Marshall McLuhan coined in 1965 in his projection that the entire world would become more interconnected as a result of the propagation of media technologies. Economic journalist, Thomas Friedman, had also described a global village as “the inexorable integration of markets, nation states and technologies to a degree never witnessed before – in a way that is enabling individuals, corporations, and nation states to reach around the world farther, faster, deeper and cheaper than ever before”. This definition has become widely used in modern times and captures the reality as we have it today. By definition, digital technology is the branch of scientific or engineering knowledge that deals with the creation and practical usage of digital or computerized devices, methods, and systems. Examples of digital technology include; websites, blogs, e-mails, e-commerce, digital television, satellites and many more. According to this United Nations article, digital technologies have advanced more rapidly than any innovation in human history – reaching around 50 percent of the developing world’s population in only two decades and transforming societies. By enhancing connectivity, access to trade and public services, technology has become a great equalizer. The effect of digital technologies on global economies is, therefore, the major preoccupation of this article.

The advent of digital technology has had enormous effects on both local and global economies, in ways that can be seen as both negative and positive. For one, digital technologies have risen to become a critical determinant of economic growth, and international competitiveness. Creating the digital economy, digital technology has a profound influence on the world’s trajectory and the livelihoods of local citizens. It affects everything from resource allocation to income distribution and growth. Although there is difficulty in measuring the contribution of the digital economy because of its rapid change, researchers estimate that the digital economy is worth $11.5 trillion globally, equivalent to 15.5% of the global GDP, and has grown two and half times faster than global GDP over the past 15 years.

The digital economy comprises of goods and services that either were produced using digital technologies, and or are facilitated/exchanged with the aid of these technologies. Advancements in telecommunications in the computer industry has led to increased job opportunities, and strengthened economic growth. For instance also, the International Labour Organization according to this UN article estimates that the shift to a greener economy could create 24 million new jobs globally by 2030 through the adoption of sustainable practices in the energy sector. In addition, e-commerce and e-banking capabilities have also helped to reduce cost of doing business. Many products which a century ago where produced in physical geographical locations are now, due to technological advancements, produced and distributed digitally. Most businesses are now also technologically-oriented such as in cases where we experience that e-commerce, e-banking, and e-shopping have become a huge part of how we live and do business.

Digital economy has helped to create avenues where producers can meet their potential customers. This is evident in instances where websites and blogs create limitless possibilities for consumers of contents, goods and services to interact with the producers effectively, efficiently and in real time. These websites also serve as a medium for advertising, selling and buying of products and services. Because of the vast development in digital technology, more than 20% of the world’s population shop online yearly, and about half of the percentage of the sales made result from email marketing. Producers from time to time may offer free electronic products/services on their website, in exchange for their website visitors’ e-mail addresses, and after that, they would usually send promotional mails (to those who subscribed via their e-mails) on goods and services available. This is a typical example of e-mail marketing. E-mail marketing is a big factor in digital economy, this is due to the fact that over 50% of the world’s population have email addresses, and over 30% of these people read their e-mails daily and sometimes buy goods through the e-mails they receive. The contributions of digital technology cannot be overemphasized due to the fact that it will forever be a major part of the growth of the global GDP.

The negative effect of digital technologies to global economies cannot also be overlooked. A very glaring one is that of the digital divide between the first (developed) and the third (developing/underdeveloped) world, making the former more advantaged than the latter. As many developing countries are still grappling with adopting and adapting to the proliferation of new and advanced digital technologies, developed countries are taking advantage of it to gain more economic strengths and overpower developing countries. This means that technologies can fuel inequality. The United Nations Conference on Trade and Development (UNCTAD) agrees that the digital divide is impeding development of developing countries. The secretary general wrote, “by the end of the next decade, growth, productivity gains, and human development will be determined by levels of integration into the digital economy. To guard against new forms of inequality, the international community must do more to help developing countries close the connectivity gap”. 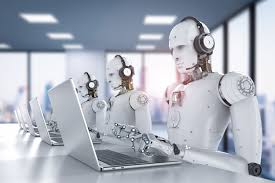 Ironically also, a report by the McKinsey Global Institute in 2017 analyzed that 800 million people in 46 countries will lose their jobs due to automation and robotics. This means that digital technologies will grow to the point that they can perform as effectively (or even more) as human beings.

In addition, not to be denied is the fact that digital technology can pose a threat to privacy and security. Individuals and businesses have developed tools to monitor and exploit data for financial and other purposes. These are also evident threats to the rights of human beings, and the autonomy of nations.

Although digital technology has far reaching negative effects on local and global economies, its positive effects are equally as far reaching. Governments and businesses around the world therefore have the choice to make in how digital technologies are harnessed and managed. Managing this, according to the UN,  will require changes in approach to education, for instance, placing more emphasis on science, technology, engineering and maths; by teaching soft skills and resilience and by ensuring that people reskill and up-skill throughout their lifetimes, and just like the International Monetary Fund proffers, as computing power improves dramatically and more and more people around the world participate in the digital economy, we should think carefully about how to devise policies that will allow us to fully exploit the digital revolution’s benefits while minimizing job dislocation.

This article was jointly written by Hillary Nwoziri and Priscilla Akila