In a recent report about poverty and inequality by the National Bureau of Statistics (September 2018 to October 2019) it was stated that 40.1% of Nigerians live below the poverty line of approximately 137,430naira ($354.75) a year. This percentage represents 82.9 million people in Nigeria today. To put it in perspective, this means that 4 out every 10 individuals in Nigeria can barely afford to spend 12,000naira monthly because no matter how hard they work, there is no way of earning more than that figure on a monthly basis.

Something you may also want to consider is that the average Nigerian could represent a breadwinner who has about 6-8 dependents that need to be catered for every single day. Different kinds of efforts have been attempted by the government from time immemorial to try to alleviate this cancer so it does not ravage the nation. But before a problem is solved, it is always important to appreciate the problem in its entirety and that includes understanding its causes. This is why researchers have provided some evidence that shows that some of the main causes of poverty in Nigeria today include but are not limited to: a lack of economic infrastructure, poor access to education and healthcare as well as the enormous beast of government corruption.

In order to address the impact of liberalization, we need to understand a bit about the background of its inception. You see, in June 1987, one of the challenges the government faced was a major recession and economic deterioration which was linked to a dramatic fall in oil export revenues. This of course led to a high rate of unemployment, gross economic decline, debt crisis, foreign exchange shortage, to mention a few. In simple terms, Nigeria’s economy was swiftly taking a deep nosedive like a boulder falling off a cliff. 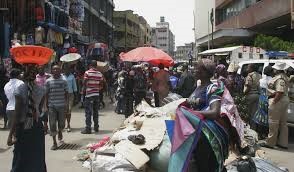 Indeed, beginning from 1982, and through 1984, the country had become saddled with negative trends in economic growth as indicated by the decline in the gross domestic product (GDP) (0.35% in 1982; -5.37% in 1983; and –5.18% in 1984). The solution? The introduction of the Structural Adjustment Programme (SAP) of 1986. This programme had various components, one of which was the economic liberalization which is the crux of this article. 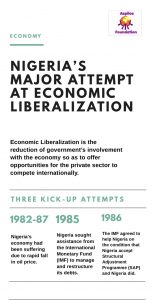 Economic liberalization refers to the reduction or elimination of government regulations or restrictions on private business and trade. It is also associated with privatization of parts of the public sector. In other words, it is the reduction of government’s involvement with the economy so as to offer opportunities for the private sector to compete internationally, thereby contributing to the GDP growth, generating foreign exchange among other benefits. The objective of the economy liberalization effort was mainly to enable development using the private sector as the engine of growth of the economy via commercialization and privatization of government-owned enterprises, with the hopes of improving prosperity among Nigerians.

This was met with mixed responses from thought leaders, pundits and economists. Some argued that private agents that are guided by the operation of market forces, would better achieve the objectives of growth and diversification of exports; which would all be in favour of manufactured goods. Advocates of trade liberalization for instance, claim that it lowers consumer costs, increases efficiency, and fosters economic growth, while critics claim that it can cost jobs and also might lead to importation of poor quality commodities.

Nonetheless, the liberalization of the economy over the years did lead to some benefits to the economy. Firstly, its introduction led to a reversal of the negative trend in the growth of GDP and other key sectors of the economy even though some structural imbalances still exist. While there has been economic growth since its inception, it has been a small improvement compared to the growing population in the country. As of 1987, Nigeria’s population was at 88.05million while the nation’s population as of January 2020- 200million. Research shows that the country experiences an annual population growth rate of 2.6%, and sees an annual GDP growth rate of only 1.9%. Because the people are growing at a much faster rate than the economy is, the poverty levels continue to rise unfortunately. Also, with regard to the rate of job creation which is synonymous to communal prosperity, data trends show a long-term negative effect of economic liberalization especially considering the time it was introduced to Nigeria. 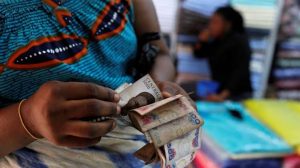 Based on this econometric analyses, economic liberalization hindered the level of employment in Nigeria, mostly as a result of an important variable which is the exchange rate and import duty liberalization. Import duty liberalization (which made it much easier for the country to import) has led to an inflow of all sorts of products into the country, thereby turning the economy to a “dumping ground” and affecting productivity of domestic industries and job creation. Conversely however, there is evidence of significant positive impact of financial liberalization (as shown by lending rate and credit delivery to the private sector) on the growth of the real economy. Exchange rate was however shown to have no significant impact on economic growth.

In conclusion, economists posit that the government should focus on creating an enabling environment for new businesses to thrive by providing macroeconomic and political stability that is sustainable over time and also put in place regulations that will prevent foreign investments from overshadowing and eventually forcing domestic investors out of business. With all these, Nigeria will be on the path to economic development and in turn prosperity of the people. Also, adequate attention should be given to infrastructural development as a way of lowering the cost of doing business. The government should formulate policies that will enhance both domestic and foreign trade to foster global integration and competition since it has been established that there is a relationship between degree of openness and volume of trade, competitiveness and integration.

I believe that economic and trade liberalization can have significant positive impact on the economic growth and poverty reduction in Nigeria under this caveat: having seen that trade liberalization can lead to industrialization in Nigeria when accompanied by dynamic and flexible policies, Nigeria should be cautious in liberalizing and ensure that the liberalization is accompanied by policies that boost the economy’s export, encourage market creating innovations and support diversification in order to tap all the benefits from trade liberalization. Also, Nigerians need to take advantage of the liberalized economy to create and manufacture so that instead of being a consumer society, we become producers that are export ready. Poverty alleviation or as I prefer to say, prosperity creation is not just the responsibility of the government. When more people in more communities begin building those communities’ economy through legitimate entrepreneurship and market creating innovations (especially with the help of technology), it leads to jobs creation which ultimately leads to prosperity.

This article was written by Ema Effiong